What is Bitcoin Halving?

The next halving of Bitcoin is getting closer.

It was therefore time for us to make an inventory of what is happening with the Bitcoin BTC Halving.

The Bitcoin Halving is originally planned by its creator, Satoshi Nakamoto and listed in Bitcoin White Paper.

But first, what is a Bitcoin Halving?

Halving or halvening, you will hear both terms sometimes.
Check out our complete crypto dictionary to find a lot of definitions or crypto terms and expressions related to cryptocurrency and Bitcoin.

When creating Bitcoin, an event programmed in advance in the code was implemented by its creator, Satoshi Nakamoto.
This event, called halving is automatically triggered when a number of blocks have been mined.

The reward of mining is then divided by two.

Halving is one of Bitcoin’s iconic processes.
Indeed, its impact is major on the currency itself, but also on everything around it.

A little reminder about Bitcoin mining.

Let’s begin by briefly explaining what mining is. Mining is the process by which the network is secure and the transactions processed through the computing power of one or more computers.

It is especially through this system that new Bitcoins are created and transmitted on the network. To encourage Bitcoin mining, each block contains a reward.
This reward is given to the minor who succeeds in solving the problem.

This must be high enough to encourage the minor to focus on this particular currency.
But it can not be too high either. Indeed, a significant reward would result in excess supply and lower the value of the currency.

A Bitcoin halving is then automatically triggered when 210,000 blocks are mined.
By studying the progress of block creation, we can estimate that the next halving will occur in nearly May 2020.
This would be around May-June 2020.

The average time for the miners to create a block is about 10 minutes, which is when new Bitcoins are created. At first, the reward for solving the math was 50 Bitcoins.

As of November 28, 2012, the first Bitcoin halving, the Bitcoin Block Grant reward was halved and then fell to 25 Bitcoins.

Four years later, on July 9, 2016, the second halving of Bitcoin takes place and the number of Bitcoins per block then falls to 12.5 Bitcoins.

The reward given to the miners of the Bitcoin blocks being halved every 210,000 blocks, it is estimated that the reward will increase from 12.5 Bitcoins to 6.25 Bitcoins per block by May-June 2020, the third halving that Bitcoin will undergo.

Below you can find a chart to the next halving ahead as well as other information on Bitcoin blocks and mining.

Why was the Bitcoin halving put in place?

Everything is a question of controlling the supply of Bitcoin.

Indeed, there will only be a limited number of Bitcoins: 21 million.
So there are rules that dictate how much and when Bitcoins will be produced.
This supply is reduced over time, until there are no new Bitcoins to create.

At the end of the last halving that Bitcoin will undergo, there will be no more new Bitcoins on the network.

The 21 million units will be reached and available (at the time this article is written, there are already 17,367,175 bitcoins in circulation).
This is why the scheduled date of the end of issuing new Bitcoins is announced for 2140.

But then what could it potentially involve on the value of Bitcoin?

The first affected by the upcoming halving of Bitcoin will be the miners.

Indeed, they earn money thanks to the reward obtained during the creation of a block, it is therefore absolutely necessary that their incomes remain higher than the cost of operation of their equipment (equipment, electricity, personnel).

Nevertheless, each bitcoin halving has historically been followed by an impressive BTC bull run of it (the logarithmic scale of the graph does not allow to visualize this effectively).
This more than compensated for the doubling in the number of Bitcoins granted to miners.

But we can not predict with certainty if this will happen again at the next Bitcoin halving.
Indeed, we must not forget that until this date, political factors, governmental, energy and much more can have a negative impact on the price of Bitcoin or the possibility of minor it. 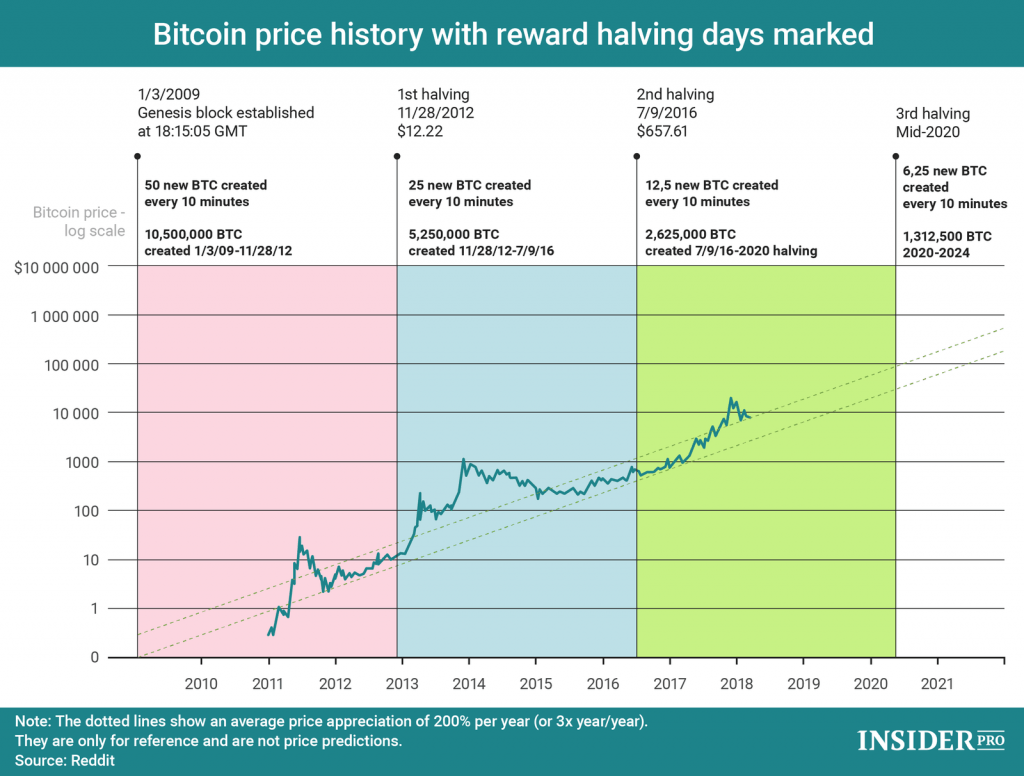 Some altcoins like LTC, Vertcoin or Ethereum Classic also have their halving procedure in order to have the same effects on their token emission and mining reward.

Let’s not forget that thanks to the Bitcoin halving, it is easy to associate the evolution of the price of Bitcoin with that of gold.
The extraction of gold inevitably becomes more expensive and more difficult over time, as more and more of the Earth’s gold reserves are exploited but its quantity is limited.
The result is a predictable and consistent rise in the price of gold over the last century, which is why Bitcoin seems to follow the same pattern.

Finally, the Bitcoin halving allows to regularly increase its price over long periods.
If there had been no halving, perhaps Bitcoin would never have reached the peaks that we know today and Bitcoin would be worth like $50 and not thousands! 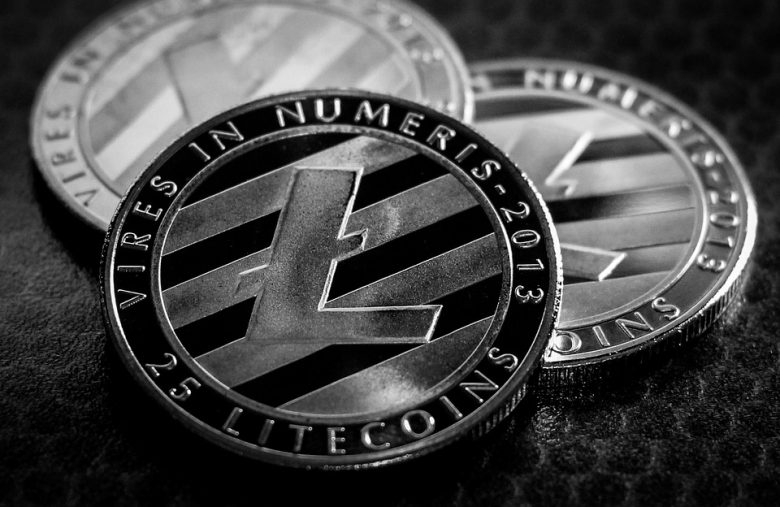