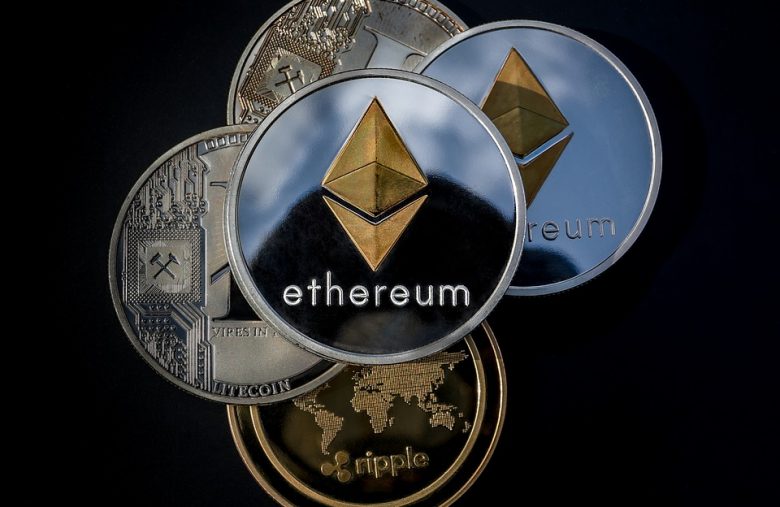 Is Ethereum the reference platform for the development of Dapps?

Understanding Ethereum.
Ethereum is considered the most promising blockchain outside Bitcoin. Its creators speak of it as the “first true global computer”, which makes it possible to build decentralized applications on its platform.

Stephan Tual, former spokesperson for the platform and founder of the startup Slock.it, defined the role of Ethereum in an interview with Time in 2014: “Ethereum aims to build a Web where intermediaries between customers and services they are looking for no longer exist. If I want, for example, to enter into a digital contract with you, why would I need a lawyer for that? Let us agree on the terms of this contract. In the Ethereum infrastructure, it is not modifiable or falsifiable since its security is guaranteed by a cryptographic protocol. We save on lawyer fees while gaining security. This idea can be applied to other services such as social networks, crowdfunding sites, eBay, Airbnb… We solve several current problems of the Web. “

What are the differences with Bitcoin?
“The Bitcoin blockchain was designed specifically for monetary applications, while Ethereum can create any type of application,” says Ethereum founder Vitalik Buterin.

Ethereum, whose computer code is profoundly different from Bitcoin (it was written from scratch), was not built to compete frontally Bitcoin: it is rather two different uses and complementary blockchains technologies. Note the existence of ideological differences between the two communities that surround them: that of Bitcoin is more of libertarian inspiration, centered on the monetary domain (inspired by Hayek’s theories in particular), while that of Ethereum aims more to create a new web, decentralized, rather than a new currency.

Ethereum is the decentralization of applications.
These applications run on the Ethereum network, which is made up of several thousand computers that communicate constantly. They share the same database, the blockchain. This database can be compared to a large register, which would be filled line by line by the participants in the network, or an excel table on which one could only enter a new line, without being able to modify the others.

To use this blockchain, it uses “smart contracts”, which are actually lines of programmable computer code, which correspond to macros in the analogy with an excel table. More information on smart contracts in the article dedicated to them.

This decentralization through the use of blockchain technology has many advantages, among which:

Immutability: The data that is stored in a blockchain is stored there as a whole: the blockchain keeps the history of all the changes that have been made since the origin and it is not possible to modify this history.

Protection against data corruption: Since each computer has a copy of the database, it is extremely difficult to hack this database. To alter the base, more than 51% of the participating computers would need to be corrupted simultaneously… The bitcoin blockchain has been around since 2009 and has never been corrupted by a computer attack.

Network Security: The blockchain works with a very powerful encrypted protocol that also makes it very difficult to tamper with.

Reliability: It is virtually impossible to shut down all computers participating in the Ethereum blockchain simultaneously. As a result, this database is always online and its operation never stops.
The other important feature of Ethereum is transparency. All contracts run publicly on Ethereum and, with the necessary technical knowledge, anyone can check that everything is working properly.

Microsoft also justifies its choice to use Ethereum for its Azure platform: “While Bitcoin has many interesting uses as cryptocurrency, Ethereum provides the flexibility that many of our customers are looking for. Ethereum has a vibrant community of developers, enthusiastic and open to business applications. “

In practice, participants in the Ethereum network do not just validate monetary transactions: they execute code from decentralized applications, called “Dapps”. This code allows in particular the implementation of smart contracts, which constitute the heart of Ethereum’s potential.

Ethereum works with a cryptocurrency, Ether, which has a specific function: pay the execution of smart contracts, whose operation can consume significant resources. Ether is therefore used to buy “gas” (gasoline) to make these contracts work; if you run out of gas, the contract stops.

At the origin of Ethereum, Vitalik Buterin.
Ethereum was invented in late 2013 by Vitalik Buterin, a 19-year-old Russian-born Canadian. Initially passionate about Bitcoin he discovers at 17, he believes after several months of work that it is very perfectible … hence the creation of Ethereum. In July 2014, it finalizes a very first version of the protocol and raises nearly 19 million dollars to finance the project. A year later comes the Frontier version, dedicated to developer testing, which is Phase 1 of Ethereum development.

“There is little difference between a Vitalik Buterin and an Elon Musk. They are passionate people, having fun in what they do. Vitalik left the university, self-educated, and seems to have left to work all his life on it. In a context where one is confronted with imperatives of very short term, it has a serenity of the long time which is bluffing. In the world of contemporary technology, it’s very rare “
(Nicolas Loubet in the book “The decrypted Blockchain”)
The DevCon1, a large gathering of Ethereum developers and curious in November 2015 in London, was the big Ethereum launch. Present on site, we mentioned in our report “an atmosphere that could remind the oldest excitement of the first internet meetings of the 1990s.
In early 2016, things are accelerating.
Phase 2 of the project opened in spring 2016 with the launch of the Homestead version, announcements of business partnerships are developing (in addition to Microsoft, the consortium R3 CEV, composed of the largest banks gathered to test the possibilities of the blockchain, announced an experiment on Ethereum), and the price of Ether explodes.

TheDAO and the hacking story.
In May 2016, a decentralized autonomous organization was created to raise funds, in the form of Ether, to finance projects using the Ethereum blockchain. This creation was widely welcomed by the community and its investors by collecting more than 12,000,000 Ether (15% of the total currency issued for a total of more than 150 million Dollars)  before a fault in TheDAO code is exploited by hackers who hijacked, on June 17, 2016, nearly a third of the outstanding amounts raised by the project to move them in a clone in which, according to the rules of TheDAO, funds are frozen as a precautionary measure for a period of one month.

However, about 15% of the computing power of Ether miners refused to implement this change resulting in the creation of two separate block chains, one official and supported by the developers (Ether with symbol: ETH), and the other non-official with the Ether Classic currency (symbol: ETC) in which the hackers keep the diverted currency of TheDAO. This new currency is thus dissociated and distinct from Ether, constitutes a new cryptocurrency with a low computing power making it potentially more vulnerable to an attack of 51%.

UjoMusic wants to allow artists to place their titles on a blockchain, to define how much of each part should come back to this or that contributor of the title, and then to collect the copyright automatically and without intermediary, thanks to smart contracts.

Transactive Grid wants to allow everyone to sell and buy energy credits to their neighbor, in a peer-to-peer way.

Filecoin is a decentralized cloud storage service, which lets you rent out the free space of your computer to other users, or conversely buy storage space on the Filecoin network, in a decentralized way.

Golem will allow everyone to rent unused computing power on their devices (computer, smartphone…) for all types of applications (Big Data analysis in medical research, etc.).

Beyond the decentralized applications, Ethereum forms the basis of a new fundraising method, working with cryptocurrencies: Initial Coin Offering (ICO). Read our article What is an ICO: https://bitcoincryptoadvice.com/what-is-an-ico/

Smart contracts, a central element of Ethereum.
Smart Contracts are stand-alone programs that, once started, automatically execute pre-defined conditions. They work just like any conditional statement of type “if – then” (if – then).
The benefits: increased speed, better efficiency, and confidence that the contract will be executed as agreed. These programs are able to overcome moral hazard issues, and reduce the costs of auditing, enforcement, arbitration and fraud. They have multiple applications, including insurance (read examples of applications).

The advantage of implementing smarts contracts in a blockchain is the guarantee that the terms of the contract can not be modified. A smart contract that would not be in the blockchain would be a program whose terms could be changed while running.

Smart contracts pose major legal and ethical challenges, the legal liability or consumer protection, and could be a key issue for governments: it is even possible to imagine a collection of taxes via smart contracts, as well as an automation of social protection benefits.

Here is a video with Vitalik Buterin explaining what is Ethereum:

What’s next?
Ethereum is still under development and needs to be improved especially in terms of its security, scalability, and its user experience (ease of use by all-ones).

In order to consume less electricity, Ethereum also intends to switch from proof-of-work (the traditional bitcoin system where blocks are validated by the miner who has the greatest computing power) to a system called proof-of-stake, less energy-consuming, whose outlines remain to be defined. A constantinople update in January 2019 is supposed to be implemented as well as other updates in the next years to come.

The ecosystem surrounding Ethereum has grown strongly in recent years, but we are still at the beginning: the startups that build Dapps are expected to grow even more strongly, and new projects will emerge for uses no doubt still unthought today.

You can buy Ethereum on most exchanges like Binance, Bittrex, Kraken, etc…

You can securely store Ethereum on the best crypto wallet on the market:
https://bitcoincryptoadvice.com/the-best-cryptocurrency-wallet