Dollar vs. Bitcoin, a humorous rap video between Satoshi Nakamoto and Hamilton 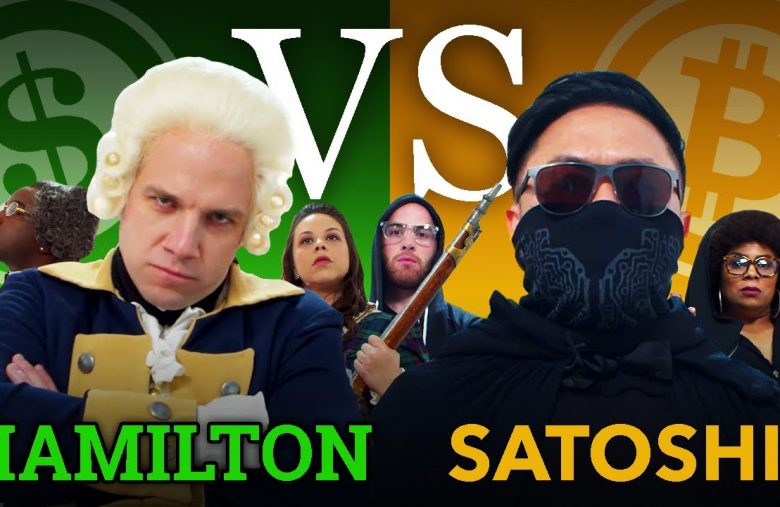 Dollar vs. Bitcoin, a humorous rap video between Satoshi Nakamoto and Hamilton

All dressed in Alexander Hamilton, the father of the American bank, he rap about the benefits of a centralized governance system.

Hamilton argues with the creator of Bitcoin, Satoshi Nakamoto (Timothy DeLaGhetto).
Their lively exchange about the weaknesses and strengths of fiat money such as the dollar and crypto-currencies like Bitcoin.

The video also discusses the problem of the bank bailout that provoked the creation of Bitcoin.
This problem is found in all the industrialized countries that had to save the banks in 2008.

The public aspect of this rap video can certainly lead a wider audience and especially younger people to look into cryptocurrency and Bitcoin.

Reid Hoffman is the producer of this rap video, he explains in an article on medium why he financed this debate in rap between dollar and bitcoin.

“Today, there is a vigorous debate raging between cryptocurrency and centralized currencies.
Bitcoin celebrated its tenth anniversary this year, and cryptocurrency values overall were climbing again after a period of decline.

Media interest increased again too, and with it, arguments about cryptocurrency’s volatility and ultimate value to society.
Was it still just a speculative fad without real utility?
Or a foundational technological breakthrough on the order of the Internet itself?

As an investor and technologist, I am interested in cryptocurrency on three levels: as an asset (i.e. a digital alternative to gold);
as a currency (to create a new transactional layer on the internet);
and as a platform (to build alternative kinds of financial applications).”