Home » News » Bitcoin » Bitcoin will be presented at the Rio Carnival this year 2019!

Bitcoin will be presented at the Rio Carnival this year 2019! 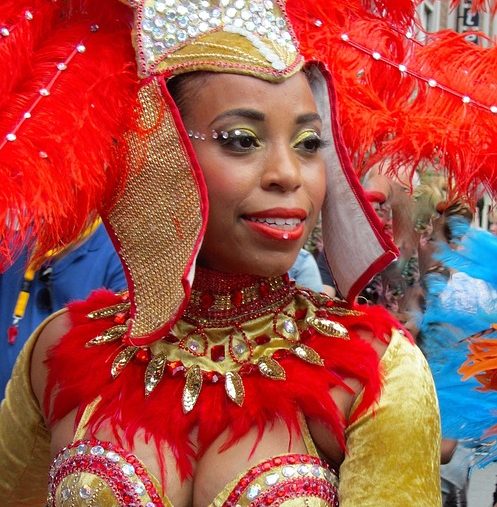 Bitcoin will be presented at the Rio Carnival this year 2019!

The samba school of the city of Rio de Janeiro Imperatriz Leopoldinense is betting on the ‘money’ theme, including Bitcoin, to surprise at the Marquês de Sapucaí Sambódromo and take the Carnival Championship this year.

According to information on the website of the association, the samba-plot “Give me money!,” which will speak about the human being’s relationship with money from its invention to the present time.

With a humorous critique of social inequality, the School is betting on a victory that has not come since 2001.

The narrative goes through various periods of humanity: ancient, modern, contemporary – even legends like Robin Hood, mythologies and the character of the comic Uncle Patinhas encompass the carnival theme.

The Empress will show poetically allegorically the facets of the poor and the rich in various communities, including the Indians, whose exchange of values ​​was barter.

The differences of social classes with regard to economic and social policies will be evidenced when huge floats pass by showing opposite scenarios – party of the high society of Rio and funk dance on the slab of a favela.

School talks about Bitcoin.
In the website of the Empress there are several images of members of the School costumes.
As regards Bitcoin, the sentence is as follows:

“Any value materialized in our currencies, banknotes, checks and cards will lose its meaning for virtual money?
Let’s get used to not picking them up anymore?
Let’s understand that money is just an idea?
What will virtual currency do to our consumer society?
Will it be able to transform our relationship with value concepts?
The future will tell us.”

“It is a challenging job, the relationship of the human being with money is an unprecedented plot in Rio.
We are reusing and optimizing all the material we can to save,” he told IG in mid-January of this year.

However, the association only began to be noticed 12 years later, when it was the theme of a novel by Rede Globo.

The School of Samba was champion for the first time in 1980 and repeated the feat the following year, conquering its first bicampeonato.

The other title came only eight years later in 1989.
It then again achieved a two-time championship in 1994 and 1995 and four years later the tri-champion rally, when it beat all Rio Samba schools for three consecutive years in 1999, 2000 and 2001.

The Rio Carnival is a big thing in Brazil and for tourists, Let’s Dance Bitcoin!