All you need to know about GRIN Cryptocurrency! 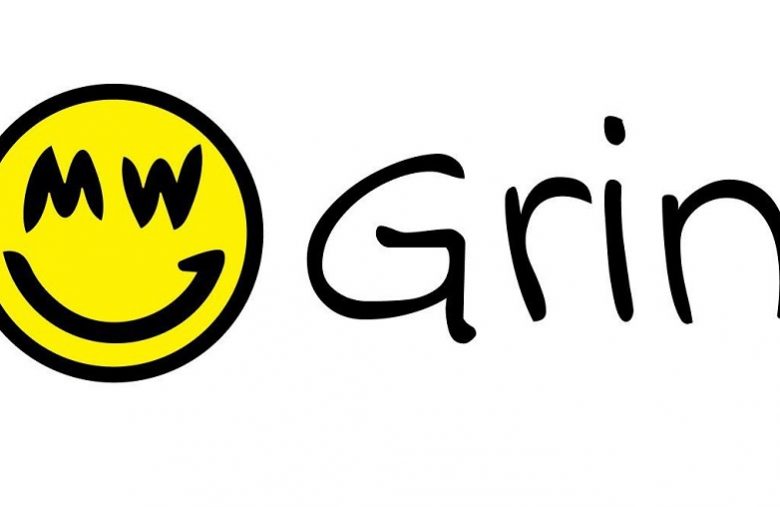 All you need to know about GRIN Cryptocurrency!

Grin is a recent Cryptocurrency whose main network was launched on January 15, 2019.
This is a crypto project to implement the MimbleWimble protocol, suggested by Tom Elvis Riddle in August 2016.

The idea was reinforced by the mathematician Andrew Poelstra and published by Ignithus Peverell on Github.
From there, the project began to take shape and contributors from around the world joined the development team.

The most intriguing is that these two men are anonymous, Tom Elvis Riddle even disappeared after the publication of his idea in August 2016, creating a scenario similar to the mystery of Satoshi Nakamoto, creator of Bitcoin.

The Bitcoin Blockchain was created to solve the problem of creating a decentralized database that is honest and secure.
MimbleWimble, meanwhile, had the idea to create an anonymous Blockchain, lighter and scalable.

The name refers to a Harry Potter spell that prevents the spell checker from talking about a specific subject, which in this case would prevent Blockchain from revealing users’ personal information.

This privacy issue has been and continues to be debated in the Bitcoin community and the MimbleWimble protocol has emerged from one of these discussions.
It is based on some ideas suggested to be implemented in Bitcoin, such as CoinJoin and confidential transactions.

Tom Elvis Riddle essentially linked these ideas together and suggested solutions that could work around the problems that each individual brought individually.
This little white paper was read and improved by the mathematician Andrew Poelstra.
What could be an implementation for Bitcoin turned out to be a new cryptocurrency project.

In this way, MimbleWimble can ensure that your tokens are not falsified in transactions and that each value honestly belongs to the protocol.

To do this, the system uses a factor called blindness factor.
A random value is added to the transaction value and other confidential information.
It creates a kind of link between the sender and the recipient and both create this link based on the blindness factor.

The validation of this transaction is done by means of a calculation – if the values are canceled, it means that no new currency has been created at the same time as it is not known how many currencies have been processed.

This type of Blockchain is not useful for keeping records because there is no information about transaction values, but information to ensure that new tokens are not created and only that portfolios are exchanged.

There are no specific wallet addresses and this is one of the reasons why it makes them anonymous.

You must be wondering how then the values are sent.

The communication between the sender and the recipient must be direct.
To do this, you can use a link in the email, execute a file or any other method that allows both parties to communicate directly.

In Bitcoin, the recipient does not interact with the transaction, only the sender reads it on the network and the BTCs stop in the recipient’s wallet without doing anything.
This direct communication in MimbleWimble allows the use of the blindness factor and the zero knowledge test, because the network of miners knows only the cryptographic proof (which can be issued only in accordance with the rules) which was established by the one who sends and who receives.

There is another implementation that contributes to privacy and ultimately offers “premium” scalability and simpler transactions.
This idea is to merge transactions from the same block, allowing users to take joint action to make payments.

This tends to simplify transactions because it turns a lot of unnecessary work into one thing, which mixes transactions at the same time as it reduces them.

This anonymous feature greatly simplifies pruning and simplification in the Blockchain.
The history is no problem and simplifies the blocks while ensuring that new values have not been created or that the current values have been falsified.

Grin, like Bitcoin, opts for Proof of Work (PoW).

However, the model is different. The Crypto Miner uses a work test known as the Cuckoo cycle – a type of graph with many connections that the miner must find one that meets the difficulty levels.

There is currently more than one mining algorithm, which makes ASIC mining difficult and prevents the mining system from being largely monopolized due to its small size.
In the future, this resistance should be eliminated.

For the moment, Grin mining is feasible for processors and the use of multiple GPUs but does not significantly improve the ease of mining.
These characteristics make the mining network less centralized because it allows the participation of small miners to be profitable.

However, much of this feature is due to the fact that the protocol is new and has no big speculations in this medium.
It is expected that better mining techniques will be developed and that the performance gain of larger equipment will occur.
Grin miner is rewarded with 60 Grins per block and a block is extracted every 60 seconds.

Deliverance of the “eternal”.

Unlike Bitcoin, there is no mining limit for Grin.

The miners will always receive 60 Grins per block and each block will be extracted in one minute.
That is, we will have a smile per second until the network ceases to exist. 🙂

This linear issue will lower the percentage of inflation over time.
In 50 years, it is estimated that the percentage falls to 2%, which would make this inflation irrelevant, as it would offset the number of tokens lost each year by users.

The team opts for this model because of many factors.
The first is the lack of concrete examples in which minors remain in the network only by transaction rates.
Grin wants to reward minors forever, so he is encouraged to continue to participate in the network.

The team also believes that this inflation tends to stabilize the price as it discourages the accumulation and appearance of whales on the market.
In practice, such a model would make Grin more targeted as a “currency” and not as a store of value, since Bitcoin already exists for this and Grin does not come as a competitor.

Another statement made is the comparison with Bitcoin that could have 50% of its “lost” coins forever, and it can not issue more.
Grin also thinks that prices will be more natural in this model, as well as not to create cryptocurrency to enrich the first supporters.

For the team, the problem of inflation lies in its unbridled form and omission.
Controlled and transparent inflation would be healthy in a cryptocurrency considered as a bargaining chip.
Long-term Grin tends to behave as a store of value because the percentage of inflation will be very low.

Because of this eternal reward, Grin does not see the practical necessity of paying a transaction fee, but only to avoid spam.
This model makes the rates extremely low, but we can not give exact figures because of the lack of practical examples in the recent network.

Grin has in mind an implementation called confidential assets.
This improvement allows it to create other types of currencies in its system through a flexible range, which would be a solution if its monetary policy were to prove disastrous in the future.

This new asset would work as the original tokens would continue to operate on the system without having to be “excluded”.

How to use the Grin Crypto Coin.

Unfortunately, the use eventually becomes impractical for ordinary users and even for intermediaries.

After all the process, you must use a complex text interface that even requires command lines to perform transactions.
There is an adaptation to a graphical version, but it is also necessary to use command lines to program it.

Grin mining also requires the use of Linux or Mac, the Github page contains more information about it.
There is currently no conventional trading currency.
It should be recalled that the main network was launched on January 15, 2019.

Over time, new simple Grin Wallets will appear and the Cryptocurrency Grin will be listed in the exchanges.

Grin is an original crypto project, very interesting and important for the cryptocurrency ecosystem.

It has a great story behind it and an active community of developers and theorists.

The project was built in 2016. It is based on a very solid and concrete model, and not on another symbolic or generic project to revolutionize a sector.

In spite of the simple design of its site, Grin is a serious crypto project, as much by its technical model as by its monetary policy, which differs much from the classic model.
The Grin Project has no owner, does not intend to create a foundation, has not made any Air Drop, has not retained any initial value for the founding team or something similar.

Grin came with the intention of improving the world and not making people rich easily, for the same reasons that brought Bitcoin to the world.

For a user looking to profit from it, it may not be the ideal cryptocurrency, not to mention the difficulty of using it currently as it is right now.
However, if you want to be part of the history and development of cryptocurrency, it’s a good project to follow because, just like in Bitcoin, good discussions, implementations and technologies are developed in the Grin community.

They could soon develop a simple Grin Wallet so that ordinary users can collaborate with the network and use it for original purposes: to serve as currency.

If you want to know Grin Price, you can go to Coinmarketcap:
https://coinmarketcap.com/currencies/grin/